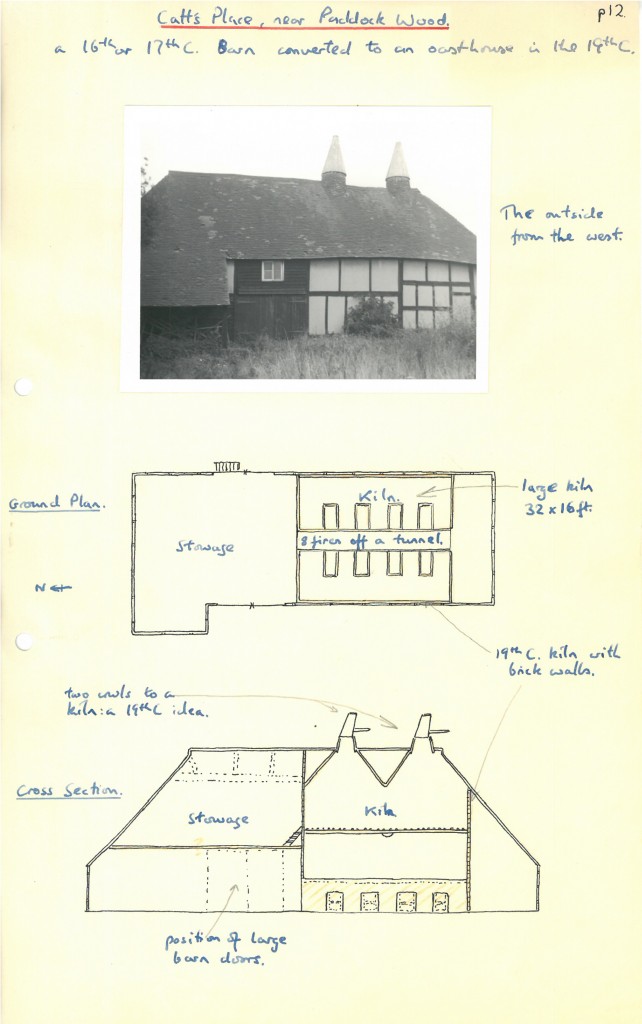 To the South East of Paddock Wood a barn turned oast at Catt’s Place (TN12 6NQ) has survived remarkably little changed. The 1960 photograph shows the half timbered building with plaster and weather boarding of various ages. A large brick kiln was built inside the older building probably in the 18th Century, though the rectangular drying floor of 27 by 18 feet would have been unusually large for the time. ; hence the pair of vents/cowls on the roof. There were 8 open brick fires off a central arched passageway which were still in place in 1960 but gone by the 1980s

In 2015 the interior remained untouched and unused. One cowl is damaged. It is a building which has the potential to survive as a model of what early oasts were like, if investment could be found to restore and sustain it. 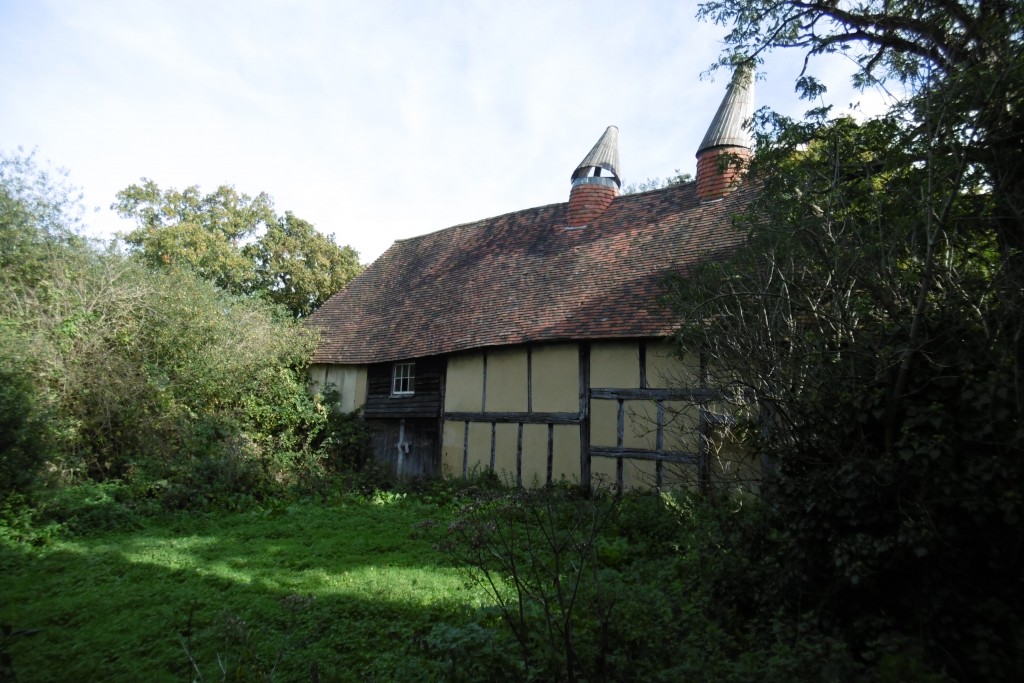