Up until the 18thCentury both malting and brewing took place on a domestic scale for local consumption. The term oast was used for buildings drying both barley and hops . The hop counties of England were not major malt producing districts but many oasts/kilns were used inter-changeably for barley and hops in the 17th and early 18thCE in Hampshire, Hereford , Worcester, East Sussex and Kent. 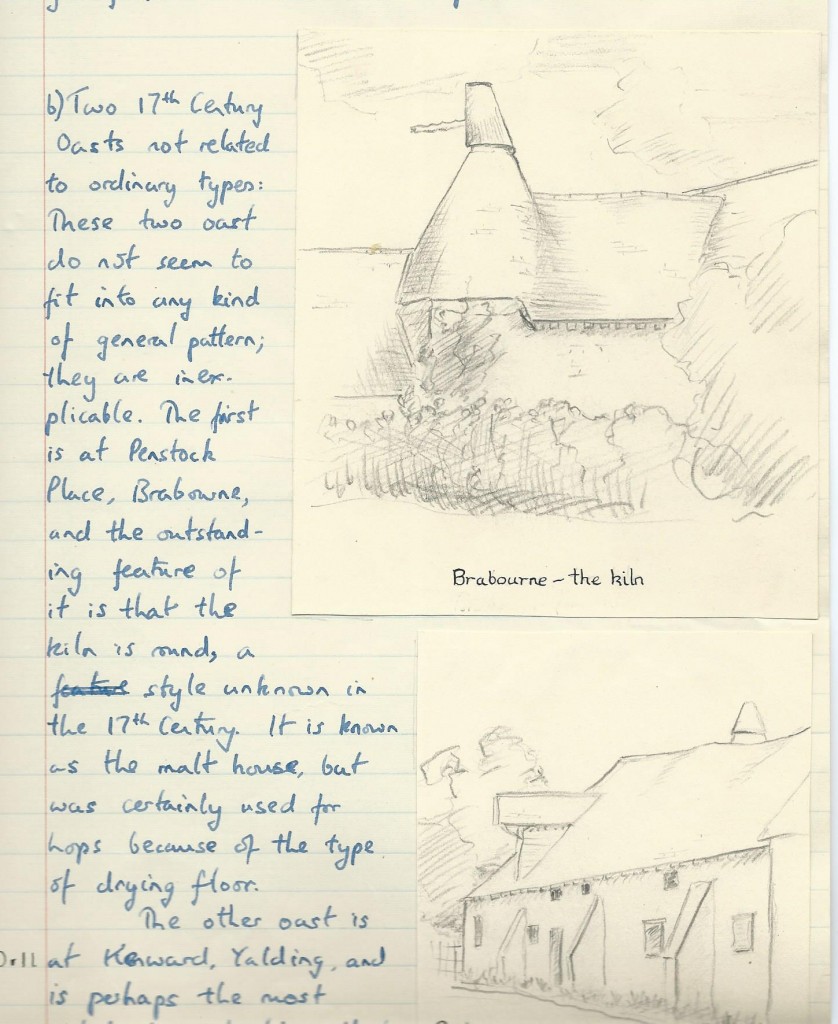 The Malthouse, Penstock Place Brabourne, nr Ashford, is an example of a multi use building. The original brick building, probably late 17thCE had one kiln. A round hop kiln was added in the 19thCE.

The diagram below shows the interior as it was in 1960; the hop drying installations, dating from the late 19thCE were still in place. The whole building is now converted to dwellings, as shown in the modern photographs. 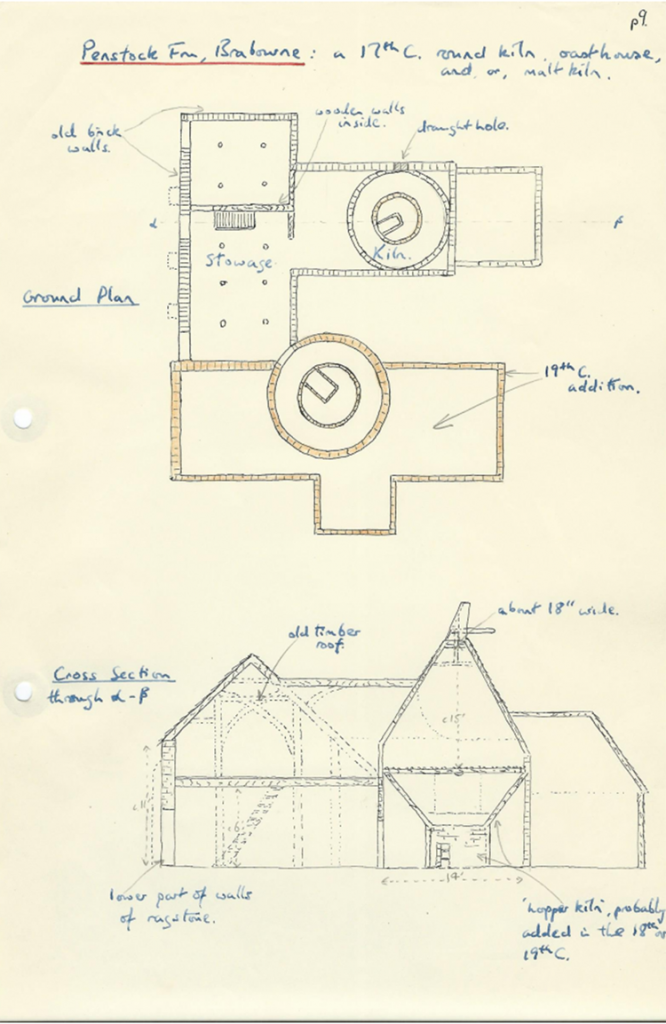 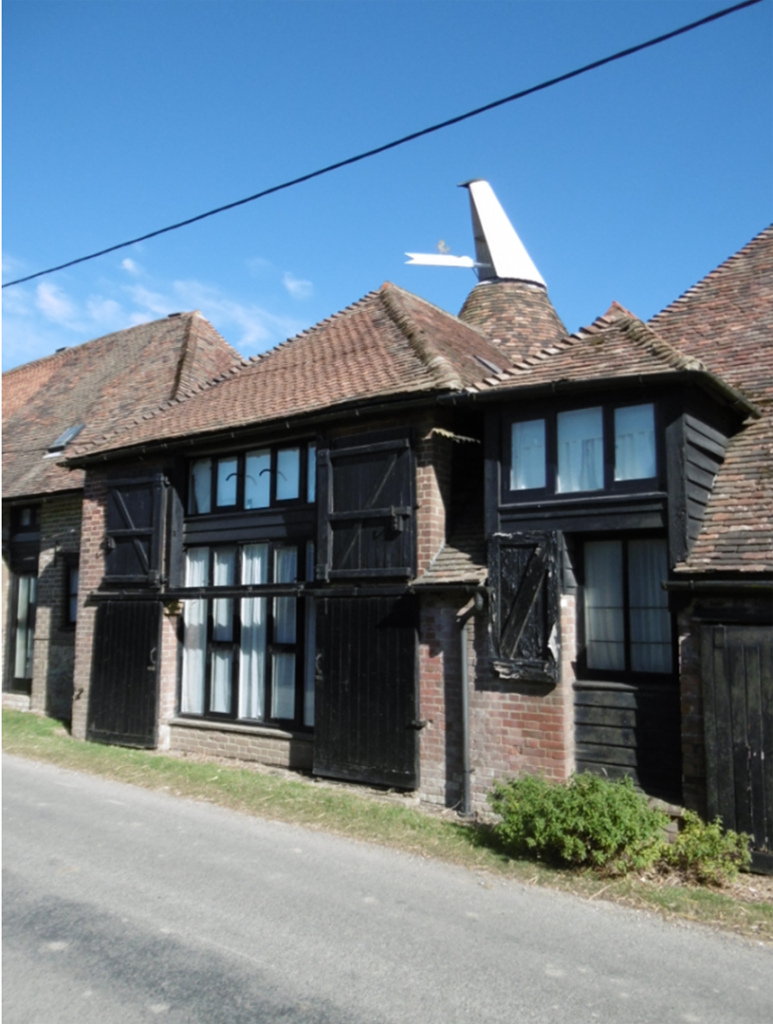 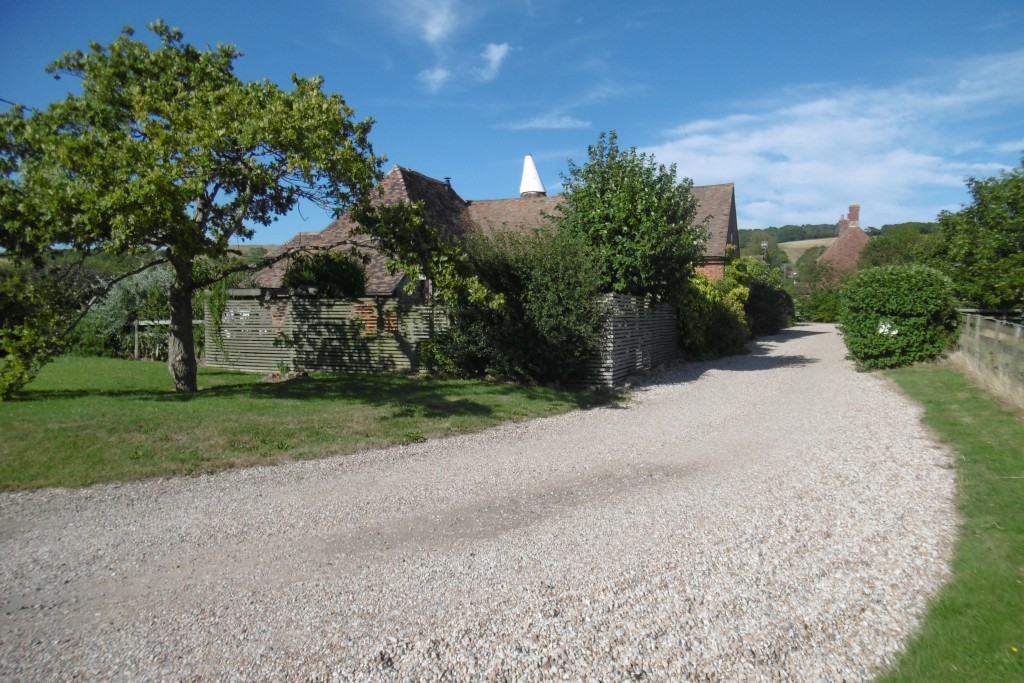 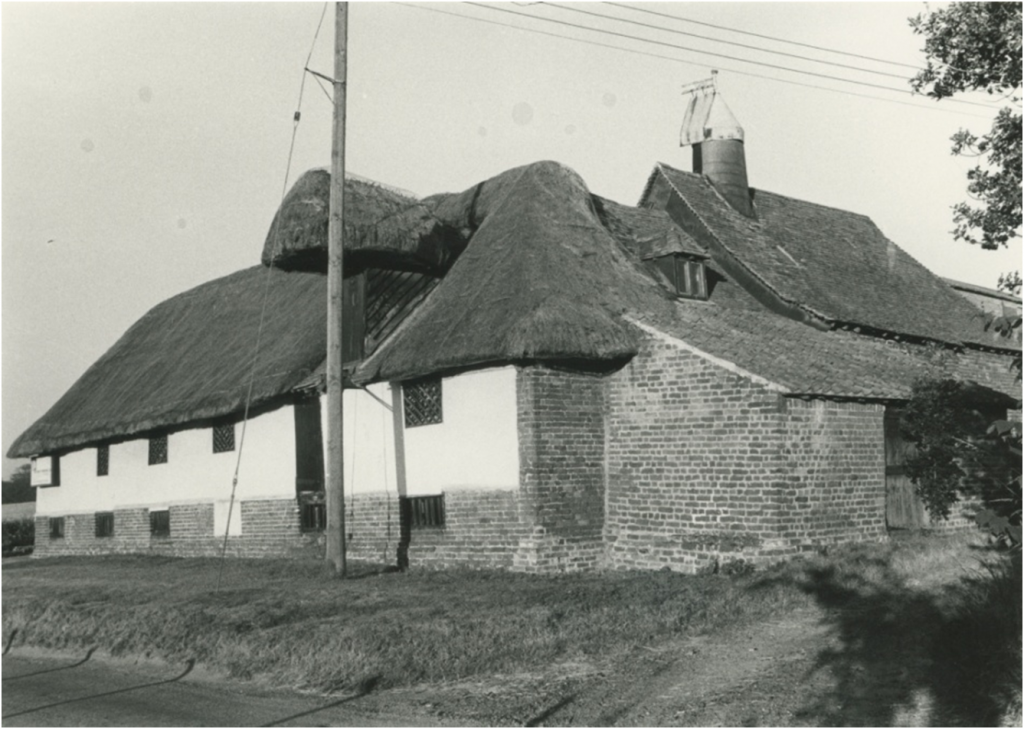 In 1960 this group of buildings in Easole Street, Nonington, East Kent was used by a grain merchant. Remnants of the “steep” for barley germination in water were still present in the front part of the building. While the cowl remained over the kiln the drying floor had gone by 1960. Now the premises are used as a business centre for a number of companies. 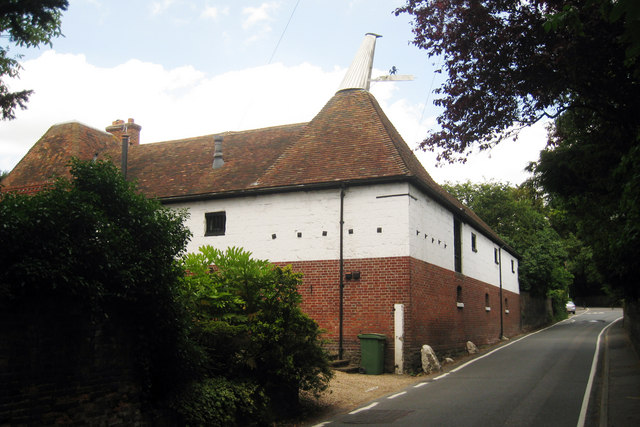 At Boxley , close to Maidstone, Kent there is an example of a dual purpose oast from the early 18thCE. I did not identify this building in 1960, so there are no diagrams of it from that time.