The Comeback of the Square kiln

To talk of a comeback of the square kiln is really only relevant in Kent/Sussex where the roundal had taken over by storm in the mid 19th C. In Hampshire, Hereford and Worcester the square kiln remained predominant through the century. But from about the 1860s there was a reversal of the fortunes of the roundal. The revised view was that square kilns did not have cold corners. A square drying floor made it possible to install a roller so that the hair netting covered with dried hops could be drawn off to the cooling room without farm workers having  to tramp amongst the delicate flowers and squash them. The use of motorised fans also combined well with square kilns. In practise square and round kilns appear to have been added to oasts fairly indiscriminately and it is not clear what factors determined individual choice. 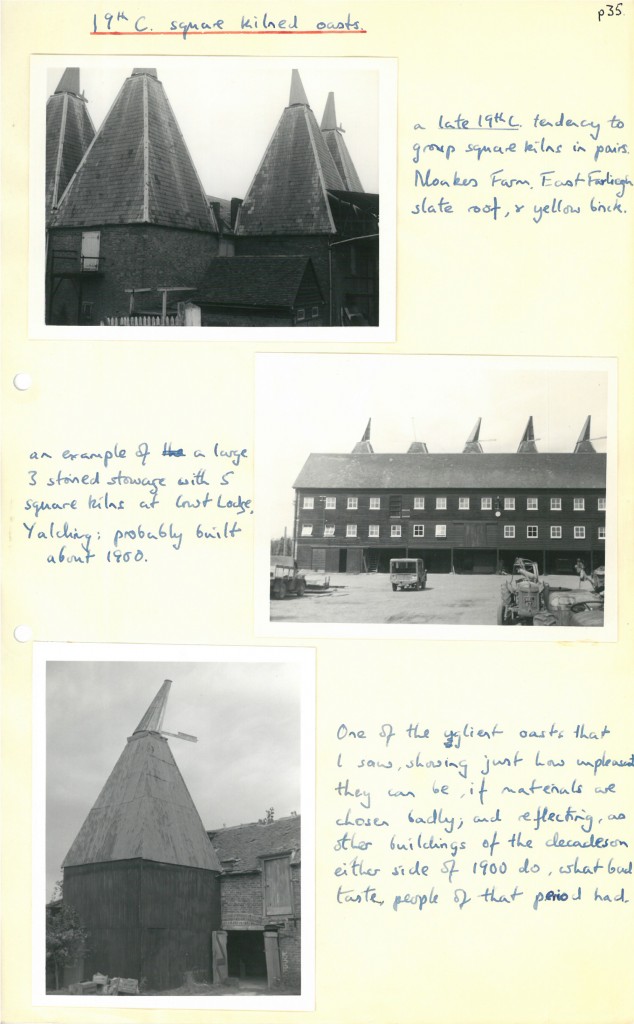 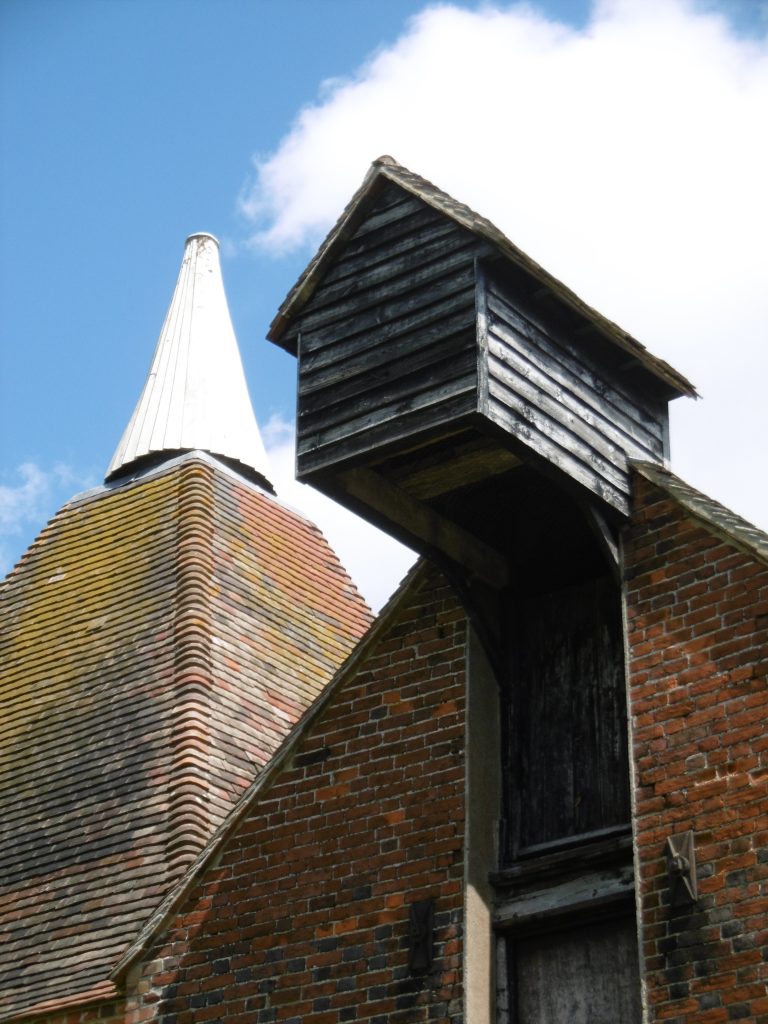 Later 19th Century square hop kilns in both the West Midlands and North and East Kent were on average larger than their predecessors. They typically had three floors in the stowage, so the green hops had to be hoist to the upper floor before loading into the kilns. Covered hoists known as lucams or lucarnes are therefore a widespread feature. A simple one is shown in my sketch of  Twitham Farm, East Kent, below. A more ornate variety at Patrixbourne, East Kent, can be seen in the section on eccentric oasts. 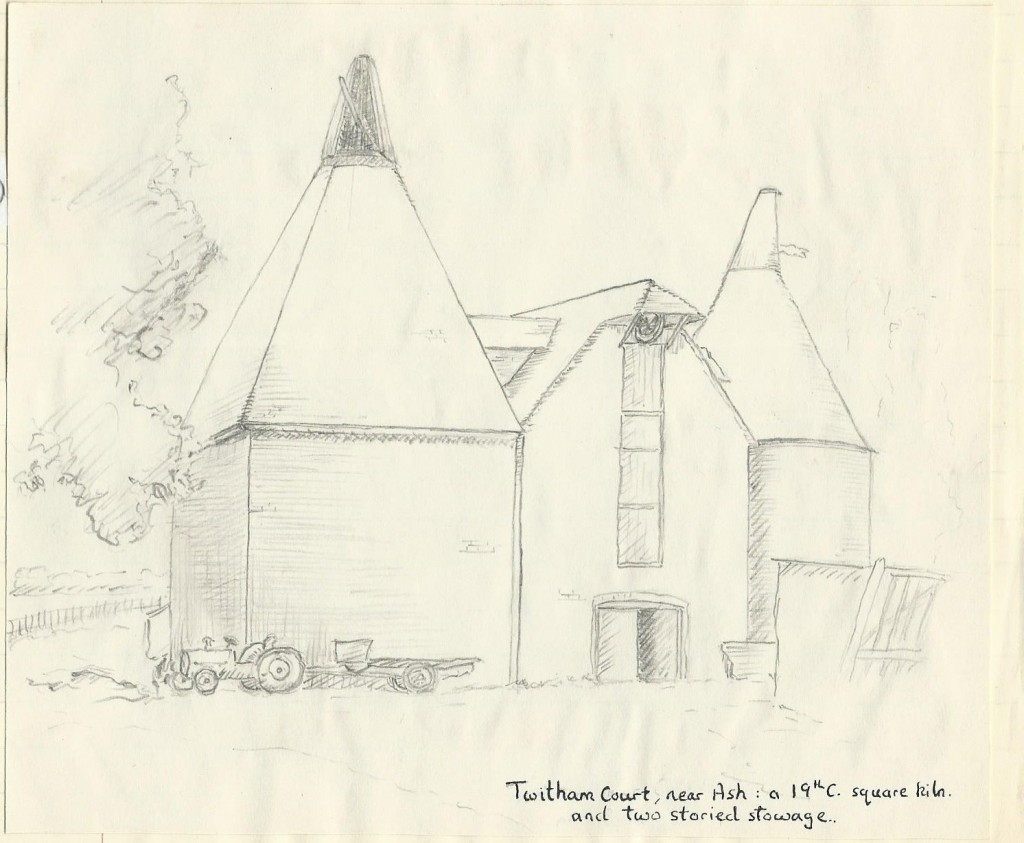 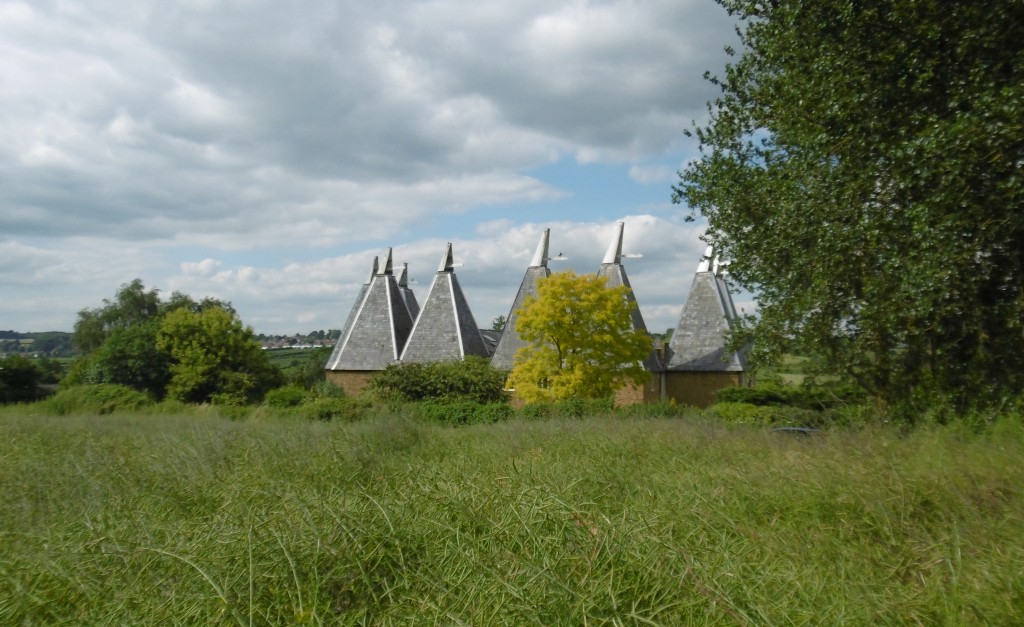 The former Noakes Farm, converted to multiple dwellings, looking across the valley of the River Medway to the west of Maidstone, Kent. 2016 photo 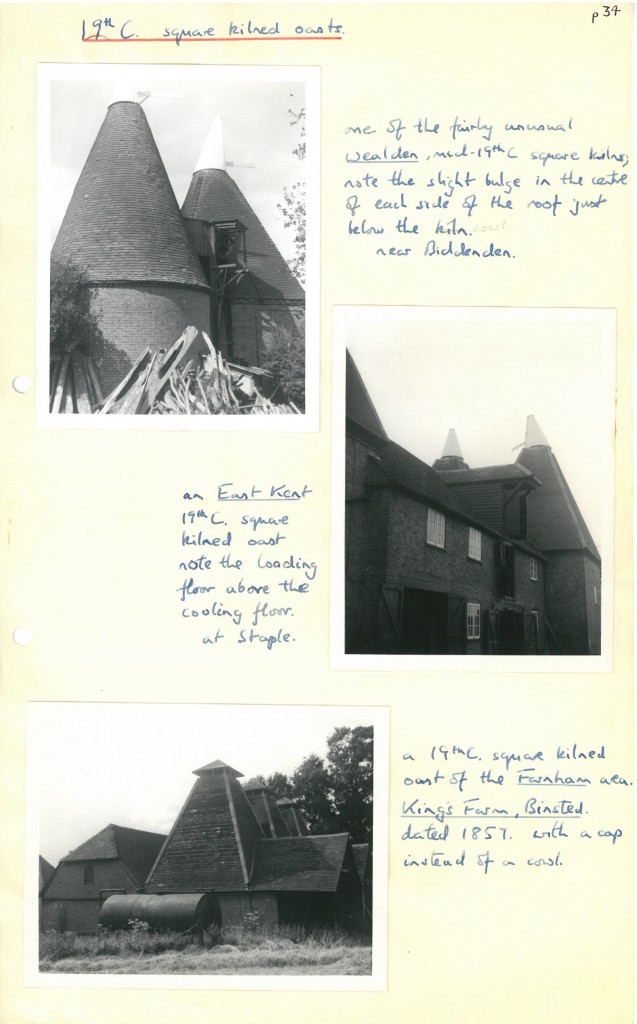 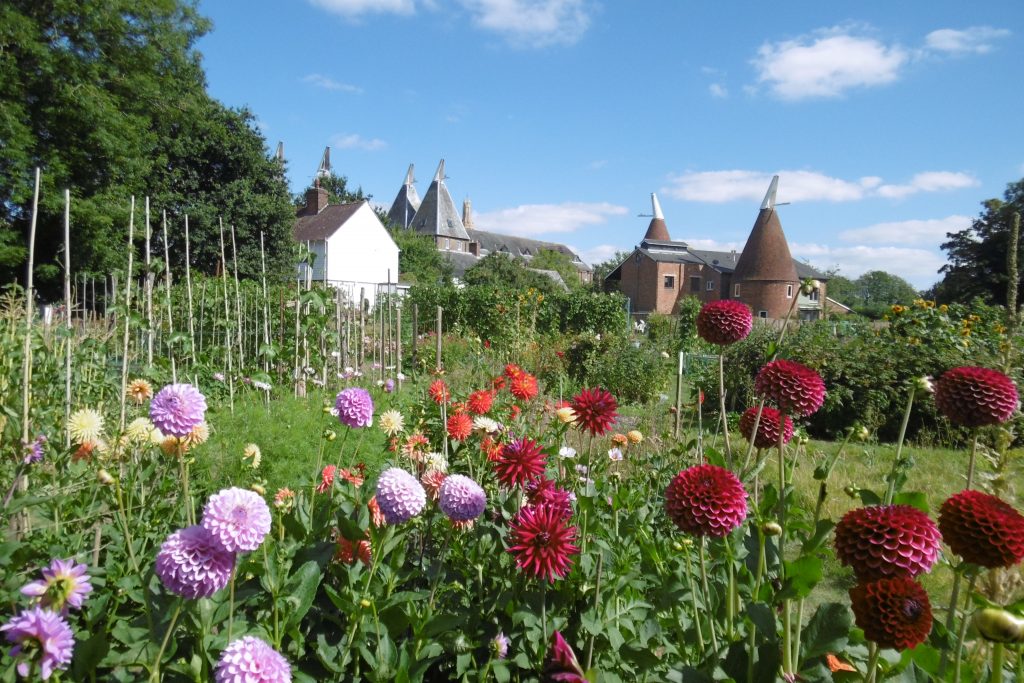 Hadlow, near Tonbridge, Kent. On the left is part of the huge 4 story complex of kilns, maltings and brewery that has been converted into 50 apartments. On the right a typical 19th C 2 roundel oast.